I’m just back from Reading Labour’s second session of the day reminding commuters and other train passengers about our manifesto commitment to bring the railways back into public ownership.

Labour’s plan for our railways would mean we could cap fares, ensure proper investment and improve services.  The Conservatives seem to think it is fine that rail fares have risen twice as fast as wages – in fact they are up 32% under this government.

This, coupled with the overcrowding, delays and threats to guards on trains means that it’s no surprise that Labour’s plan is hugely popular.  The resignation of infrastructure commissioner Andrew Adonis shows just how out of ideas and out of touch this government is.

He resigned over their ideological refusal to bring back the failing East Coast mainline service into public control and instead to prop up the failing private operator.  It couldn’t be more of a contrast from our clear, common sense plan to ensure that the infrastructure of this country is controlled by the public, and so it’s no wonder that not a single person at Reading station told me they disagreed with our policy. 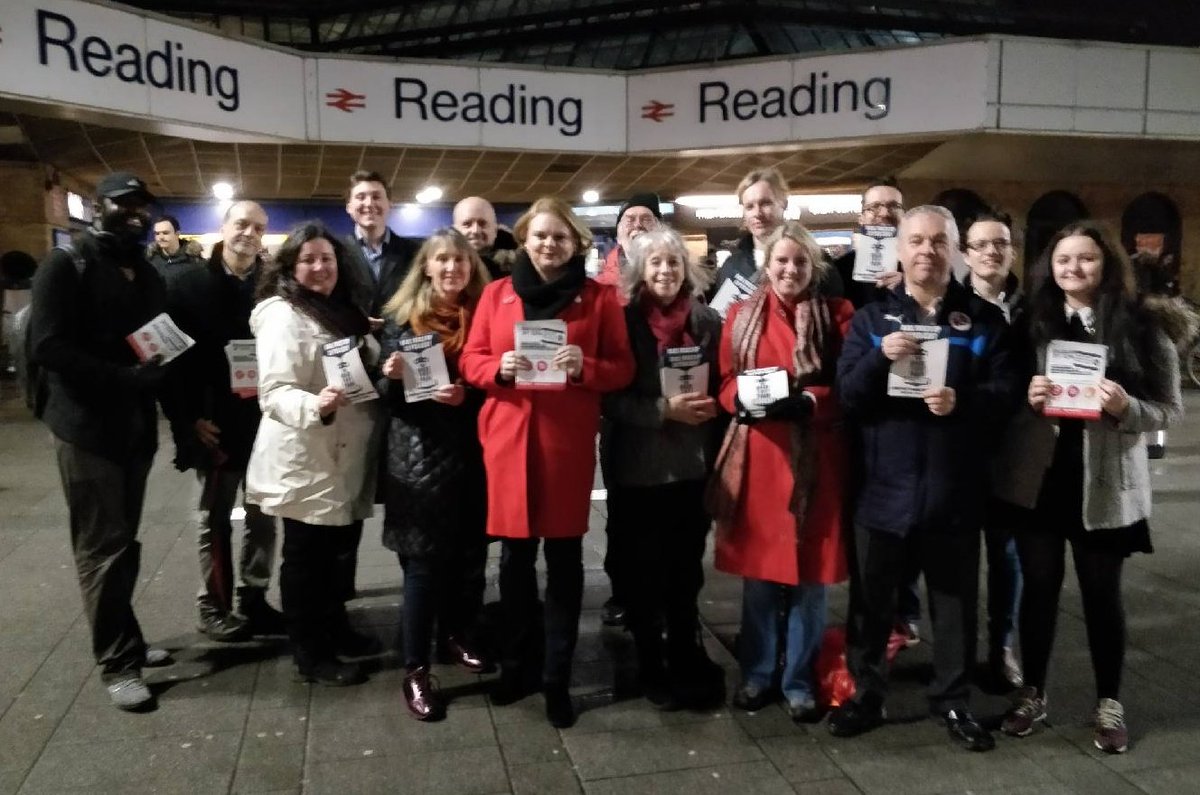